Priyanka Chopra Tattoos and Their Meanings are Worth Knowing!! Are you ready to know about it?

Priyanka Chopra Jonas born on 18 July 1992 is an Indian actress, model, and singer. She is also the winner of the Miss World 2000 pageant and is currently one of the highest-paid actresses across the globe. PC has always been known for her acting skills, her stylish looks, and the confidence that she always carries along. 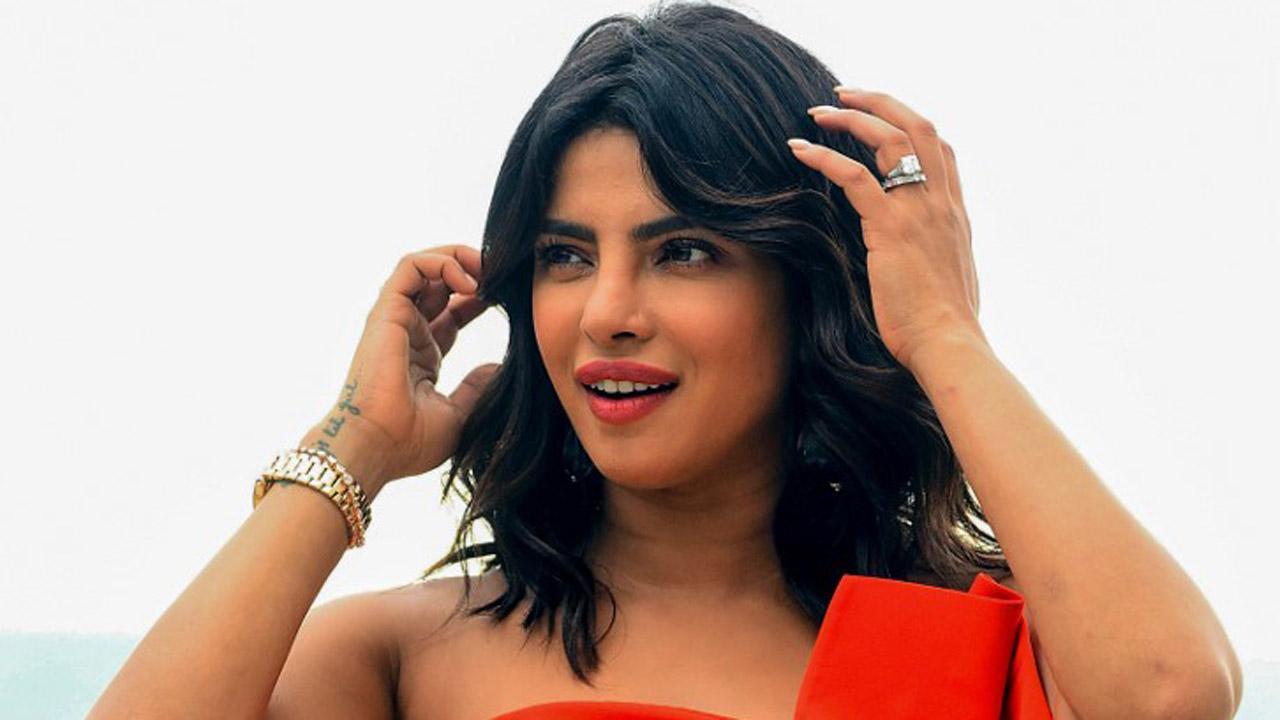 Her personality is already dazzling and what adds to it are her meaningful tattoos, which make her look even more stunning than she already is. 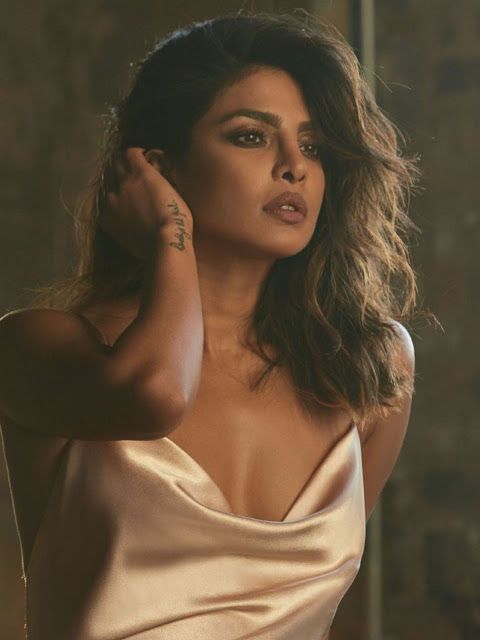 “Priyanka Chopra has a Total of 3 Tattoos on Her Body”

Here’s a sneak peek of her gorgeous tattoos (which you must surely know about):

Where: On her right wrist

Meaning: Her very first tattoo wrote ‘Daddy’s Lil Girl…’ which is a tribute to her beloved father, Lt. Dr. Ashok Chopra, who passed away on 10 June 2013. He died of cancer at the age of 64. Priyanka has always mentioned how much she loves her father. The specialty of this tattoo is that it is written in her father’s handwriting. Priyanka inked this tattoo while she was shooting for her debut music album in Malibu back in 2012. She believes that this tattoo is just a way of expressing her love for her father. 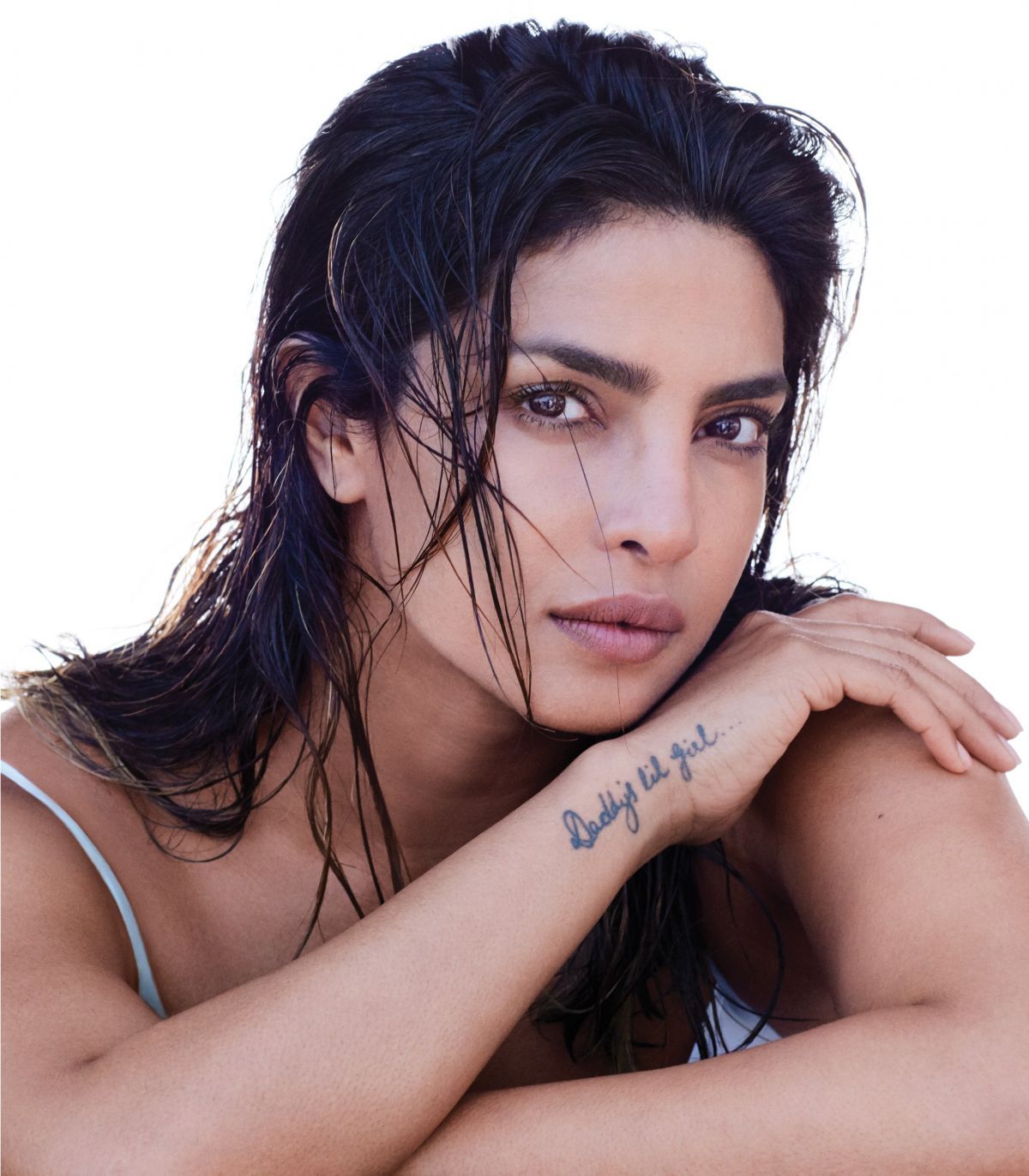 Where: On Left Arm

Meaning: Priyanka as mentioned in one of her interviews desires ‘Global Domination’ and also her being a global celebrity is the reason why she got this ‘world map’ tattoo on her left arm. The usual representation of map tattoos is to denote the individual’s love for travel and exploring new locations. Priyanka got this on her body during Summer 2021. 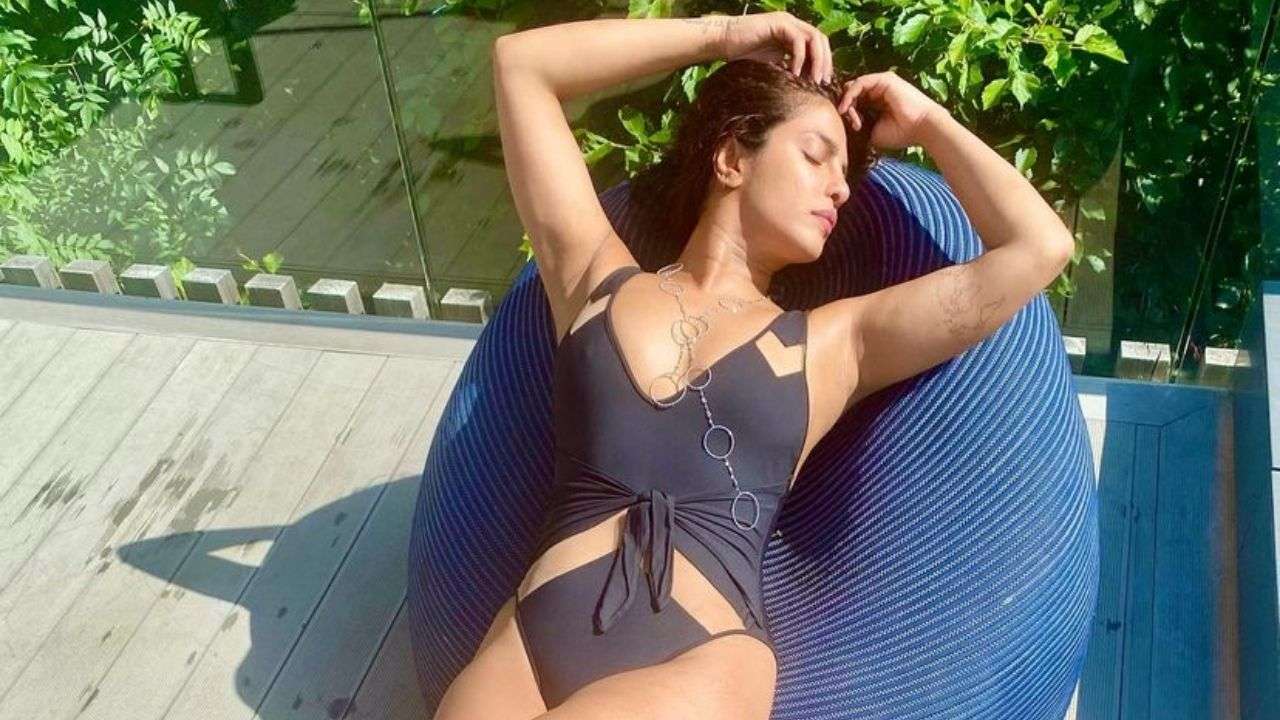 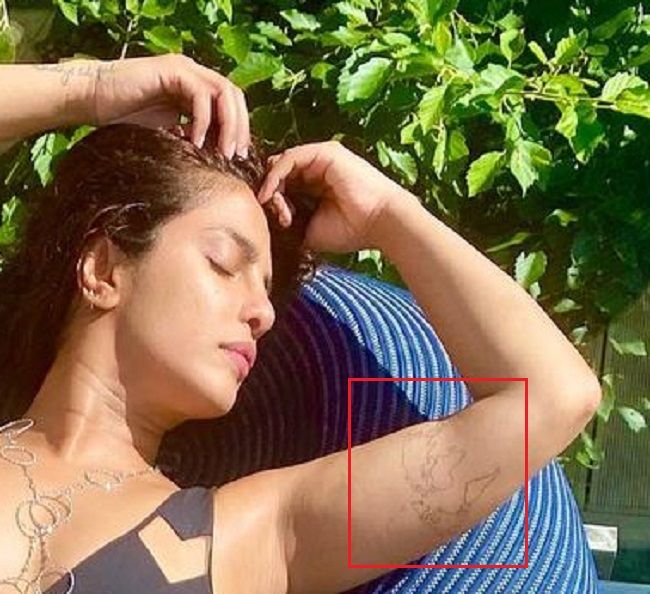 Where: Near Her Right Ankle

Meaning: The tattoo was revealed by her on her Instagram story in Summer 2021. Priyanka Chopra flaunted her summer nails and tattoo, which is the representation of the paws of her pet dogs, Diana, Panda, and Gino. She got this tattoo inked by the tattoo artist, Miles. 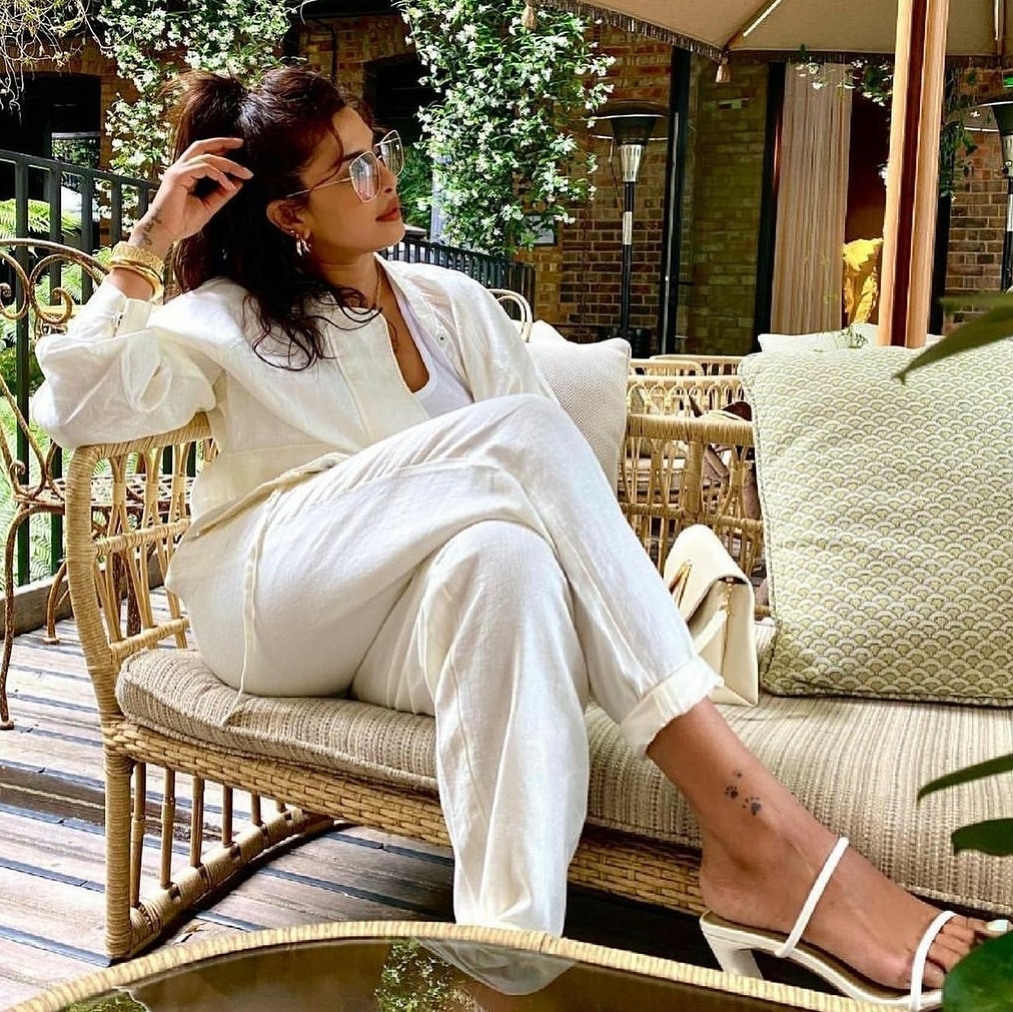 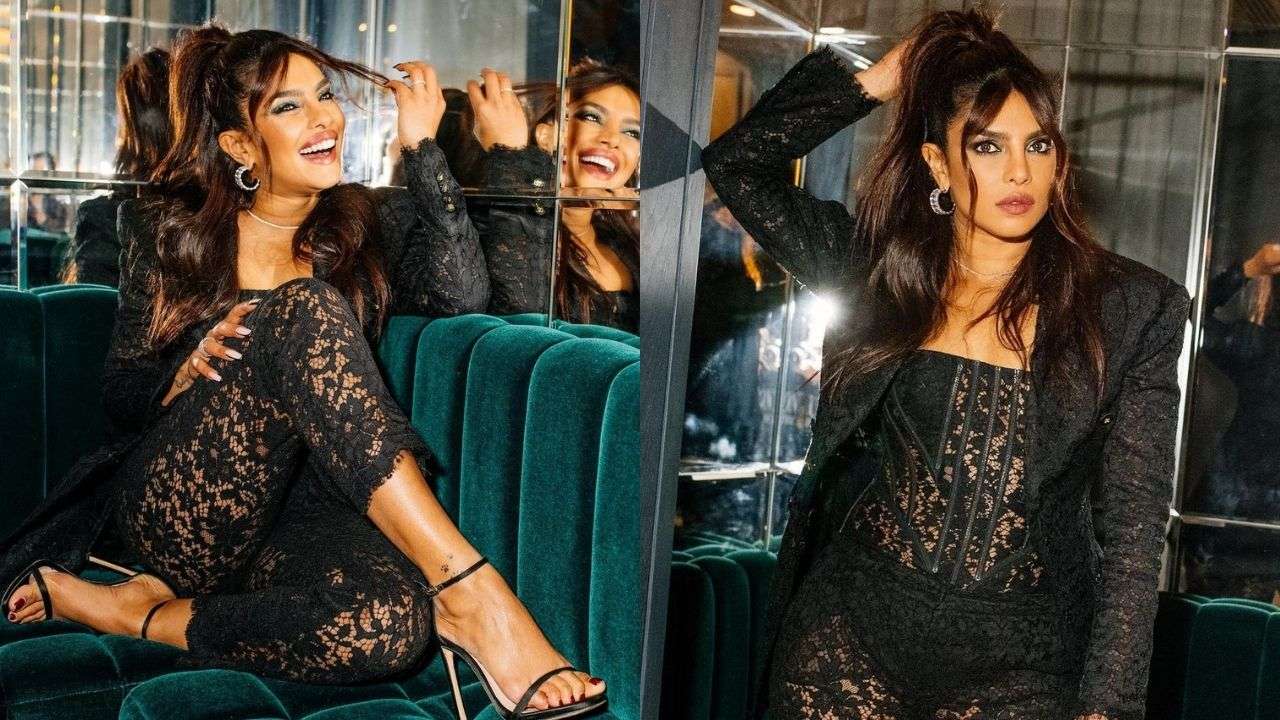 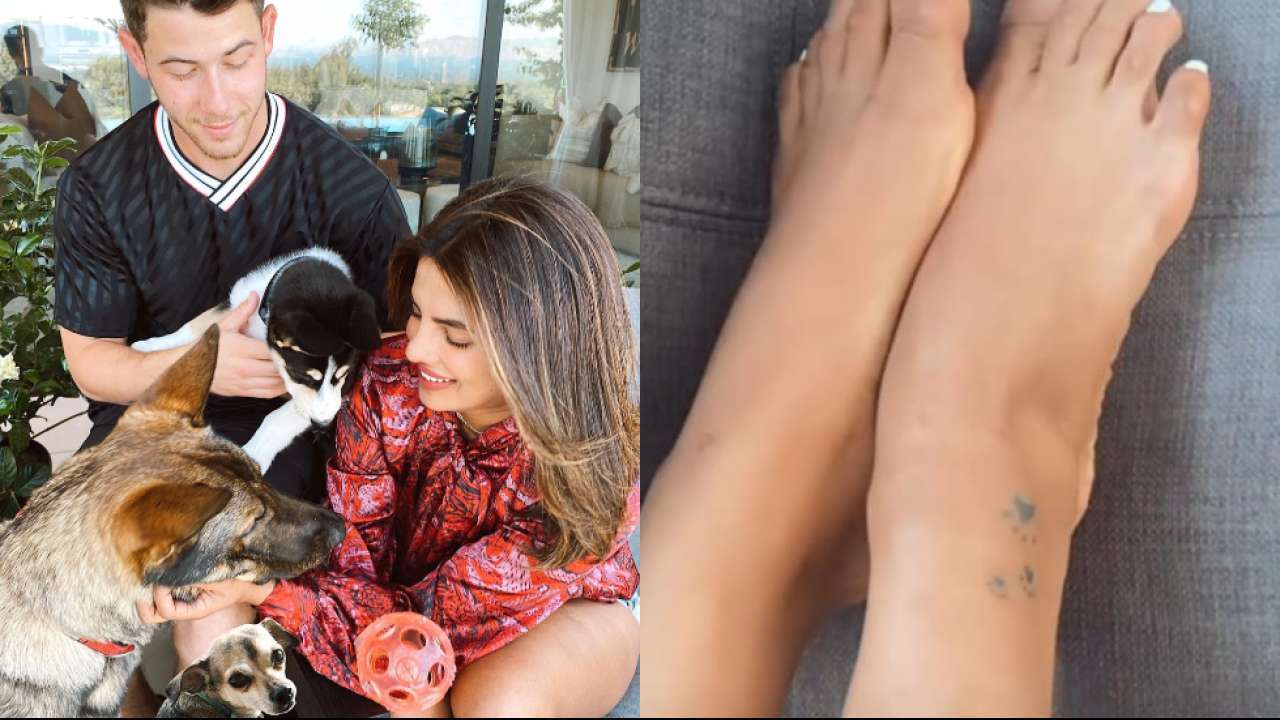